Electrostatic machine operates as a continuous source of electrical energy. This device is often used as an auxiliary for demonstrations of various electrical phenomena and effects. But what is its design and features? 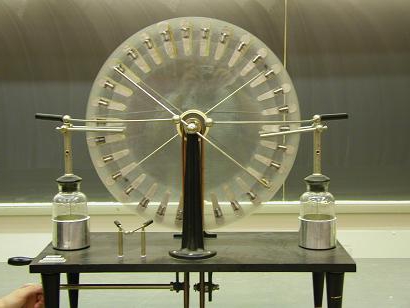 Electrostatic machine developed in remote thousand eight hundred sixty-fifth year August Toepler, German physicist. curiously, completely independently of each experimental scientist Wilhelm Goltz invented a similar construction, but even more perfect, since his office to get more value potential differences and could serve as a constant current source. Besides goltsevskaya car it was much simpler in design. At the end of the nineteenth century English experimentalist in the field of electricity and mechanics James Vimshurst improved unit. And to this day it is his version of (albeit slightly more modern) It used to demonstrate electrodynamic experiments, due to the ability to create a huge difference in potential between the collectors. Electrostatic machine has been improved already in the forties of the twentieth century scholar Joffe surname, which has developed a new type of electrostatic generators for power X-ray machine. Although Vimshursta machine is not used for direct production of electric energy challenges, it is a historical artifact, which illustrates the history of the development of engineering and scientific and technical progress. 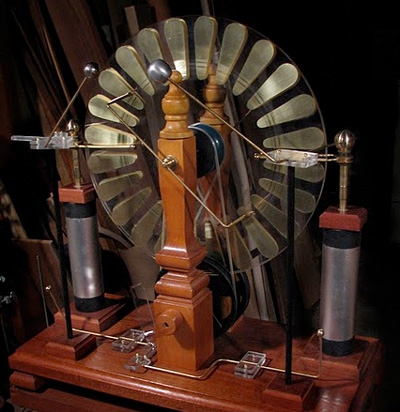 This device consists of two discs, which rotate in opposite directions. Work influence machine is precisely the implementation of this double win rotation. The disks are arranged isolated conductive segments from one another. With plates of both sides of disk capacitors are formed. That is why the electrostatic machine is sometimes called a capacitor. The disks are arranged converters, which remove the charges from the opposite disc elements to the ground via the brushes. Collectors are to the left and right. That they come combs taken from the rear and front disc generated signals. 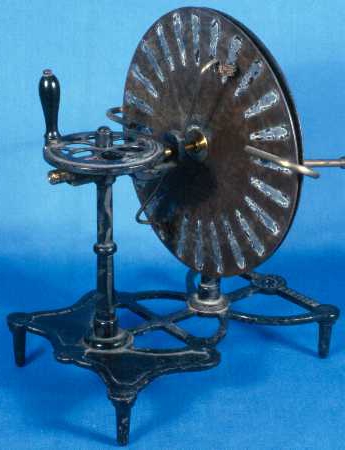 What is the banks Leiden?

In many cases, charges are accumulated in the capacitors. They are called banks Leiden. Then maybe play a much stronger discharges and sparks. The internal electrode of each capacitor connected to conductors individually. brush, relating to disk sectors, combined with internal electrodes cans Leiden. The entire structure is today mounted on plastic stands. Together with leydenovskimi banks of the machine fixed to the base of the tree. Given the visibility of design, electrostatic machine with their own hands can be done simply. even people, that does not have a special technical education, it may collect and maintain your pleasure.

On what foundation is the work of influence machine?

Using mutual efforts of the two discs - this principle is a key in this device. The effect of the occurrence of the potential difference, and then discharges and sparks reached the correct sector position. Of course, there are development, and using blank discs, but similar efficiency, they do not give. Such designs are often used in the small educational institutions. The distance between the discs have such a device, as an electrostatic machine, It plays an important role and have a significant impact on the achievement of the required voltage on the capacitors. 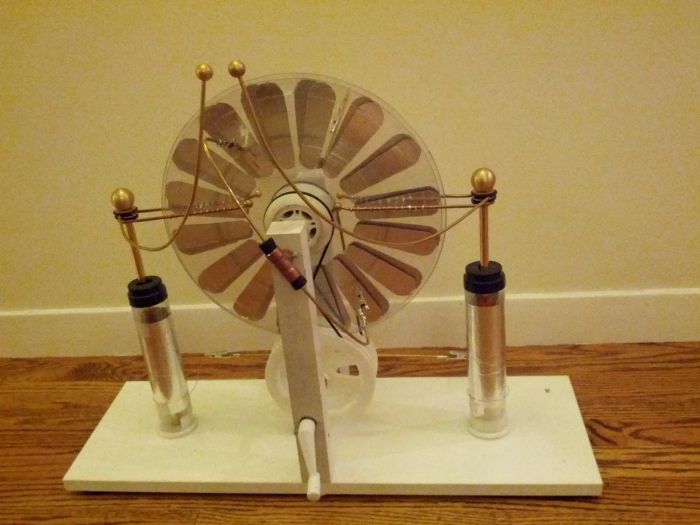 What is the principle of operation of the machine?

Electrostatic machine since its invention (and this is the beginning of the eighteenth century) I have experienced many changes. But the basic idea remains. The basis for the design of the machine is a disk with glued facings (metal strips). With a certain mechanical force via a belt drive, It can be rotated in different directions, opposite each other. On one plate of the disk there is a positive charge. He will attract to itself another charge (negative). Positive goes through the conductor with brushes (neutralizer), which relates to the opposite electrode. turning wheels, we get charges, similar source. But they will affect other plates. Considering that, that the wheels rotate in opposite directions, charges are flocking to the collectors. Such a demonstration unit, as an electrostatic machine, the principle of operation is based precisely on this point. On both discs brushes, which do not relate to their surface and are located at the edges, charges at some point become so huge, that a breakdown occurs airspace, and an electric spark jumps. That is why the collectors can be connected to the additional capacitors of different capacities, which will give the appearance of great beauty effect discharge.