The article tells about the history of the first electric car, o tom, who created it and when, as well as the prospects for the development of electric vehicles in the future.

“Everything new is well forgotten old”. You will be surprised, but electric cars, surprisingly, already exist more 100 years old. They first saw the light at the turn of the 20th century, faced with extinction in the pre-war and post-war era, again reminded of themselves in the 70s and became mainstream in the 21st century. We present to your attention a brief overview of the history of electric vehicles.

The first small models of electric cars were created by innovators in Hungary, Netherlands and United States, but only in the second half of the 19th century did French and English inventors produce real, electric vehicles suitable for movement.

At the very end of the 20th century, the Western world, driven by the Second Industrial Revolution, rapidly developed and flourished, and the wealthiest people have the opportunity to exchange their horses for a newly invented car – available in steam, gas or electric versions. 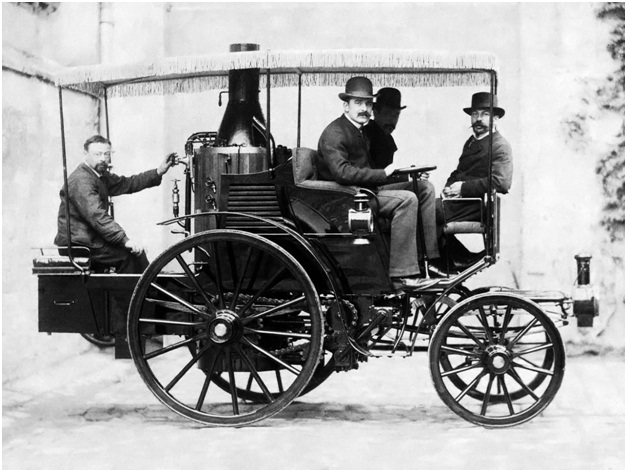 While steam was considered reliable for powering factories and trains, it was not convenient for personal transportation. Steam vehicles needed a long launch time (order 45 minutes), and they needed to be filled with water, which limited the distance, which they could continuously overcome. Cars with a gasoline engine needed a gear shift and started with the help of a special handle. It goes without saying, they were also noisy, and their exhaust smelled very bad.

Electric cars, on the other hand, were quiet, easy to manage and did not emit unpleasant pollutants, like other cars of that time. Electric cars quickly became popular among urban residents – especially women. As more people gained access to electricity in the 1910s, it became easier to charge a car, which also increased their popularity.

This popularity has caught the eye of many innovators.. Porsche designed an electric car and created the world's first hybrid. It was a car, which was driven by electricity and a gas engine. Thomas Edison believed, that electric vehicles were advanced technology, and put a lot of effort, to invent the best battery for an electric car.

In the 1900s, Amsterdam and New York had a park of approximately 70 and 60 electric taxis respectively. Electric cars actually accounted for about a third of all cars on the road in the United States. Over the next 10 years they continued to show high sales.

However, the most difficult period for electric vehicles of that time came, when the first production car with an internal combustion engine was released. Along with Ford Model T, several more cars entered the market, equipped with gasoline engine, which were quite affordable. 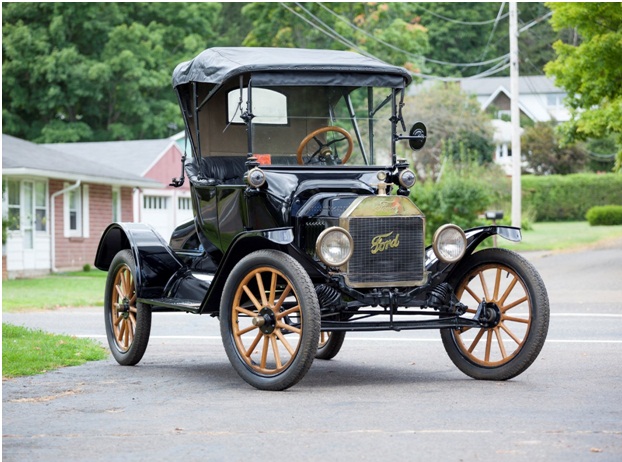 Gas was cheap and also very common, and electricity was available only for cities. Over the next 30 years electric cars have not developed. Inexpensive gasoline and the constant improvement of internal combustion engines restrained the demand for cars with alternative fuels.

Fast forward to the seventies. Oil prices and gas shortage peaked after Arab oil embargo 1973 years and created a growing global interest in reducing the dependence of the planet Earth on oil. Many car manufacturers have begun exploring alternative fuel model options., including electric vehicles. General Motors has developed a prototype for urban electric vehicles, and even NASA has contributed, when her electric lunar all-terrain vehicle became the first manned vehicle on the moon. However, electric cars still had more drawbacks compared to cars with a gasoline engine. Their limited performance (70 mph) and travel distance (64 km of continuous operation) could not force the world to reconsider their attitude to this type of transport.

However, the lack of public interest did not discourage scientists and engineers from trying. Over the next 20 auto companies have been modifying their popular models for years, hoping, that they will be able to improve the batteries and achieve the desired range and speed, like gasoline cars. 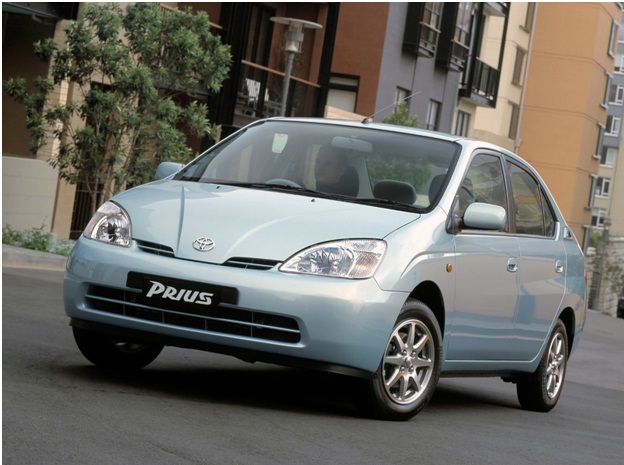 One of the most significant turning points was the appearance of the Toyota Prius.. Released in Japan in 1997 year, Prius is the world's first mass-produced hybrid electric vehicle. AT 2000 Prius was released worldwide, and he became instant success. Since then, rising gas prices and growing concerns about carbon pollution have helped make the Prius the world's best-selling hybrid in the last decade..

Then Tesla appeared, who started making history. AT 2006 this year Silicon Valley startup announced, what will launch a luxury electric sports car, which can drive more 320 km without recharging.

Tesla's announcement and subsequent success prompted many major automakers to speed up work on their own electric vehicles.. Nissan has risen above all along with Nissan LEAF's launch 2010 year. This all-electric zero-emissions car would be the world's best-selling EV.. 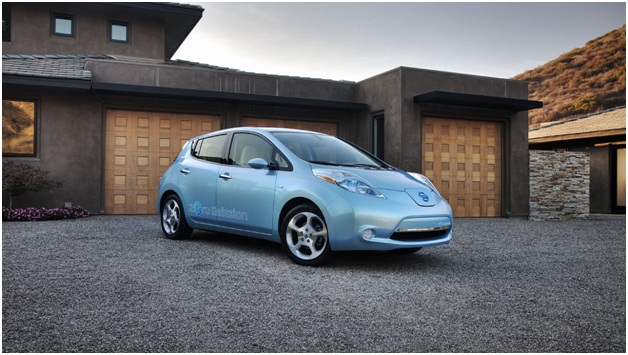 At the same time, new battery technologies appeared on the market, helping to expand the range of plug-in electric cars and reduce costs by 50 percent for four years. it, in turn, helped lower the cost of electric cars in general, making them more accessible to consumers.

History of the present

Due to the continued increase in the use of electric vehicles worldwide, building infrastructure of charging stations has become an urgent problem in the last few years. Without the convenient ability to recharge electric cars, it is simply impossible to get citizens to transfer to them. 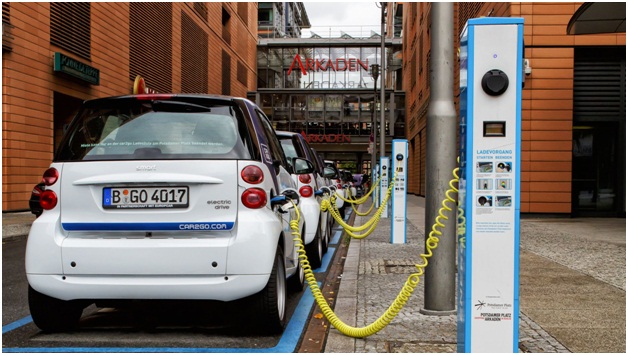 TO 2009 Estonia became the first country in the world with a nationwide coverage of fast charging electric vehicles. In the next three years in Western Europe, Of Japan, China and the USA were deployed around 50 000 public charging stations. TO 2014 the year the EU introduced the Directive, to ensure minimum coverage of charging infrastructure in all EU countries.

It is now impossible to deny, that electric cars are becoming part of our daily lives. The use of renewable and self-generated energy is widely introduced., since oil dependence has proved its failure and a toxic effect on the Earth’s climate. In future, despite certain difficulties, associated with slowly growing infrastructure and high cost, electric vehicles will completely supplant ICE. 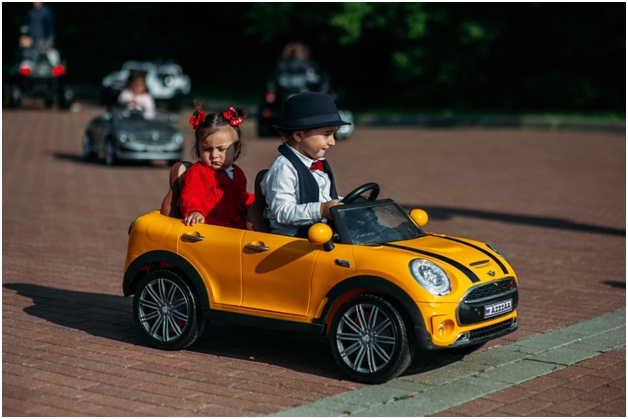 If you want to touch electric vehicles right now, you can start small, first having taught your child to him, who is very likely to live in a completely different world, where there are few cars with a gas engine, only as exhibits in museums. That is why we want to offer you to look at the catalog with children's electric cars: https://rivertoys-shop.ru/detskie-elektromobili/. Choose and get used to a new mode of transport, which you will soon be able to transfer yourself!