The scheme of independent control of the two fans 12 In providing such a rotational speed, that the temperature of the cooling element never rises above the permissible value. 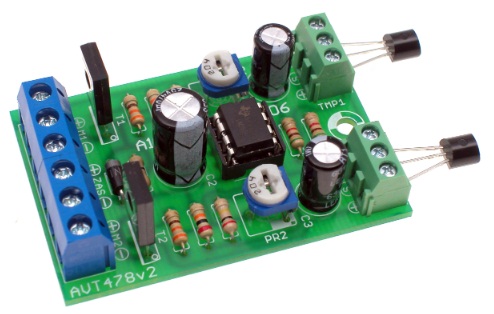 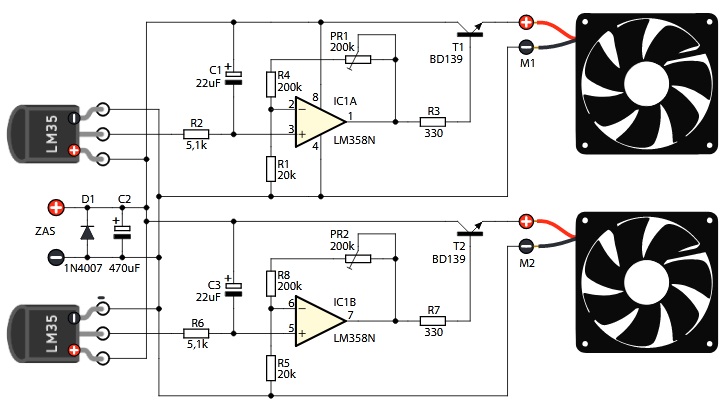 Printed circuit board device shown in Figure. 2. Setting circuit is very simple and boils down to setting up the fan activation temperature by mounting potentiometers. The easiest way – heat the sensor to a predetermined temperature, and then using a potentiometer to adjust the fan switching point.