gauging – This process of adding artificial structures in starting material. The technique has been demonstrated for many types of materials, which form the structure, that are either inversion, or a copy of the template. 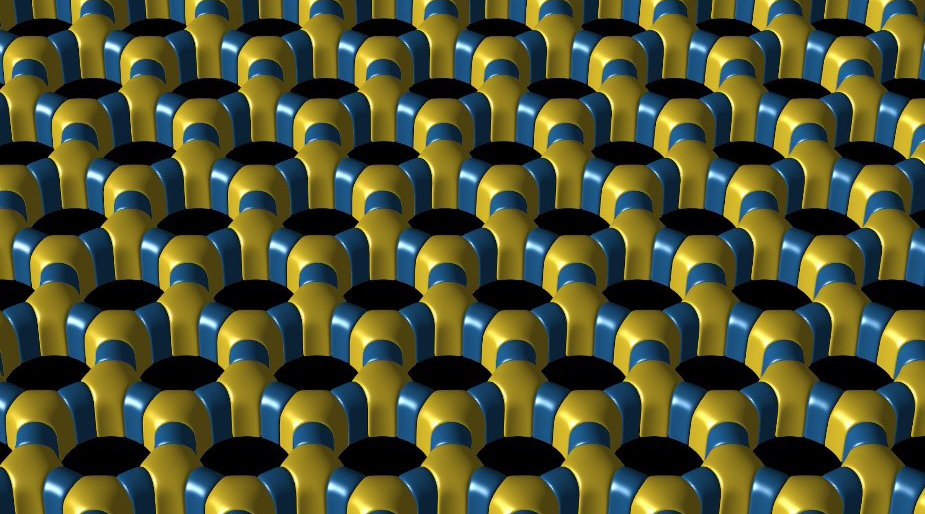 In recent decades, self-assembling materials are subjected to a strategy pattern, which led to the formation of new structures, absent any template, any self-assembling material. This shows the enormous potential approach for the production of optical metamaterials – artificially-structured material with electromagnetic properties engineering. However, this requires, Materials that have been located in the submicron size range for interaction with the visible and near-infrared light.

A special class of composite materials, called eutectic, available in a wide range of compositions and can form a structure with characteristic lengths in the submicron regime. Eutectic materials consist of elements or compounds, which have different melting points, which when combined with the mixture to form a, a lower melting point and freezing.

As the eutectic solidification of its components self-assemble into three-dimensional structured composites, which are regularly used in industrial applications, including turbine blades and solders. but, since these composites solidify from melt, self-assembled structures can form defects.

To remove this obstacle, a group of researchers at the University of Illinois and the University of Michigan offered use with eutectic materials template strategy for developing new and difficult for optical applications mesostructures. science, The underlying concept of using templates for the organization of these composites and potential problems, It was first discussed in detail here.

"Materials are complex, but if you understand the basic physics, you can build a model, that can predict, how they behave. the phase-field model allows us to simulate, the liquid solidifies, forming various structures, even when it takes place within a complex template ", – said Katsuyo Thornton, Professor, University of Michigan, who led the theoretical part of the study; her graduate student Eric Hanson spent simulation.
Their team recently demonstrated a way to reconfigure the simple layered structure of eutectic in tessellation patterns, Using the concept of templates. "Previously, we have shown the formation of new microstructures by creating a template system, namely potassium chloride eutectic silver-chloride, which naturally forms a layered structure.

"When the forced freezing template solidification kinetics in these composites is modified so, that eutectic following restrictions, installed Templates. In this way, selecting the appropriate template, similar to, we show in this paper, you can get a customized microstructure of these composites ", – said Ashish Kulkarni, Illinois graduate student and first author of the study.

researchers have demonstrated, what, when a simple layer composite solidifies within the column pattern, This leads to a never before encountered spitsopodobnyh structures. "Since the appearance of these patterns is determined by, how quickly the liquid hardens, we have a simple handle in the form of freezing rate, which can be adjusted to create different patterns ", – said Paul Brown, professor at the University of Illinois and lead author of the study. 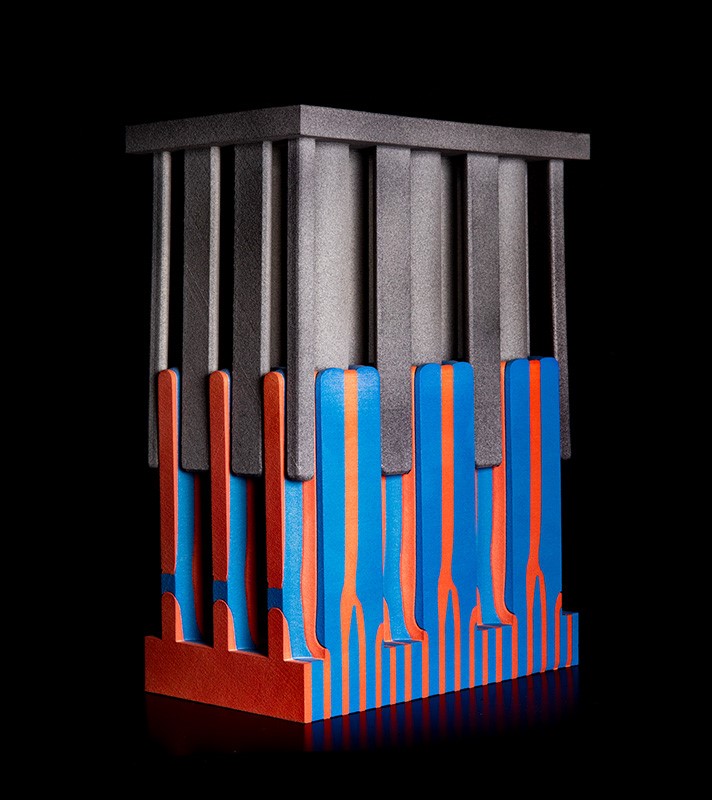 Model, showing, as a simple laminate, shown in orange and blue, It is converted into a complex mosaic composite material, when it freezes around the template (partial removal, to better show the eutectic), shown grayed.

In this work they showed, that the resulting microstructures have a striking similarity with Archimedean tessellation, which have been known since the 1600s, but first template formed from inorganic material.

"The implications of this work is far-reaching, because this method can be used to create a symmetry-breaking structures in metal-dielectric composites and use non-reciprocal methazole ", – Zhang says Runyu, a former graduate student of Illinois and co-author of this study. "This can be achieved by using different templates, which can be made using holographic lithography, as shown in this article ".

"Given the possibility of selective etching of a phase of eutectic composite and possibility of its replacement by another material, This method can contribute to a target microstructures for use as optical metamaterials ", – concluded Kulkarni.