brightness LED strip control provides convenient control of the emitted light. but, make full use of them in a safe way for LEDs is necessary to use special controllers (dimmers) and Power Supplies. 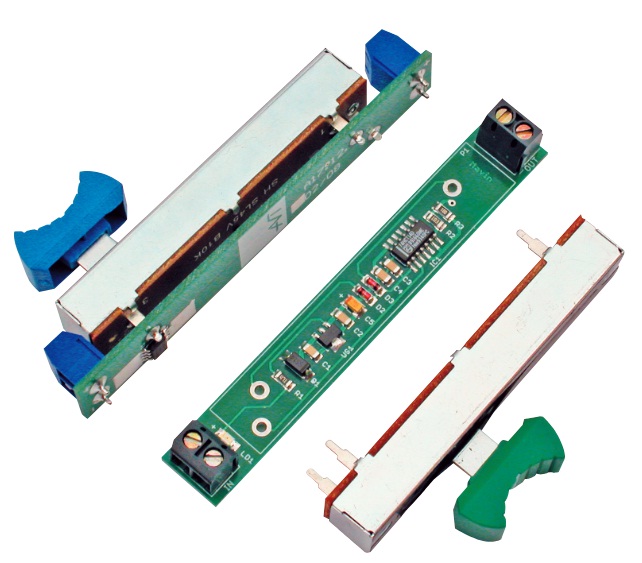 On the picture 1 diagram reliable light intensity regulator – dimmer. The circuit is connected between the power supply and LED strip.

IC1D inverter operates as a generator of rectangular signals with one gate. Its frequency of operation is determined by capacitance C3 and resistance of the potentiometer P1. Parallel Components IC1E, IC1F control FET T1. Unused gate inputs are connected to the minus circuit. Potentiometer P1 can change the filling factor of the generated waveform (Prosperity) in a very wide range of 2% to 99%. pulses, podavaemыe prison transistor T1, cyclically opens and closes it, and average power, podavaemaya receiver, connected to the terminal OUT, It depends on the duty cycle generator. In this way, PR1 potentiometer allows you to smoothly adjust the power, to the load. Thanks to pulse operation in the transistor T1 loss slim, and does not require an additional heat sink for him. The main task of the controller is to control the brightness of LED strips and modules. Thanks to the sliding potentiometer module width is not much more, than the famous LED strips, and it is only 14 mm, and the length – 95 mm.

The controller may also be used to adjust the brightness of 12 volt lights and speed control of DC motors. Also, the dimmer can be operated at 24 AT.

Connectivity of receivers shown in Figure 3.

Together with the inductive load, ie DC motors must be connected "fast" semiconductor diode, such as Schottky, in parallel with the output. Without such a drain diode of the transistor T1 would have positive pulses at a relatively high voltage. Pulses will have an amplitude of a few tens of volts, which can damage the transistor. When controlling the brightness of the "normal" lamps there is no need to install any additional external components. The printed circuit board is shown in Figure dimmer 2.

Scheme desirable to collect with the application of SMD components. To improve heat removal from the chip-stabilizer ICS1 transistor T1 and the board tracks zaludit thick solder layer.

After assembly, the circuit must be very carefully checked, there are no short circuits on the board. Checking the correct assembly, You can connect the power supply and LED strip. Driving assembled from these components will start immediately and does not require additional configuration. Power On Unit is an LED LD1.

Described dimmer works correctly with a load up to 75 W. Full list of details presented in the table. Note, capacitor C5 should be tantalum.