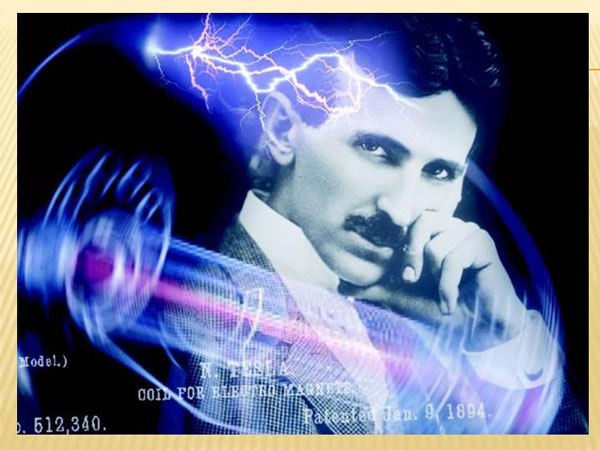 Intuition – is something, that is ahead of the exact knowledge. Our brain has, without a doubt, very sensitive nerve cells, that allows you to feel the truth, even when it is not yet available logical conclusions or other mental efforts. I hope, that this manuscript, slightly open to you some of the mysteries of the universe and.

There is much talk about Einstein's theory. This young man is proving, that there is no ether, and many agree with him. But, to my mind, this is mistake. Opponents of the ether, as evidence, refer to Michelson-Morley experiments, who tried to detect the motion of the earth, relatively fixed ether. Their experiments failed, but that doesn’t mean yet, that there is no ether. I, in their works, always relied on the existence of mechanical ether and therefore achieved some success.

What is ether, and why, so hard to spot? I've been thinking, over this issue, and here are the conclusions I came to: Known, that the denser the substance, the higher the speed of wave propagation in it. Comparing the speed of sound in air, at the speed of light, I came to a conclusion, that the density of ether is several thousand times higher than the density of air. But, ether is electrically neutral, and therefore he interacts very weakly with our material world, in addition, substance density, material world, insignificant, compared to ether density. This is not ether ethereal – this is our material world, is ethereal for ether.

Despite weak interaction, we still feel the presence of ether. An example of such an interaction, manifested in gravity, and, during sudden acceleration or braking. I think; what stars, planets and our whole world arose from the ether, when for some reason, part of it has become less dense. This can be compared to the formation of air bubbles in water., although this comparison is very approximate. Squeezing our world, from all sides, ether is trying to return to its original state, and the internal electric charge, in the substance of the material world, prevents this. With time, losing internal electric charge, our world will be compressed by ether and will turn into ether itself. Out of the air – broadcast and go.

Every material body, be it the sun or the smallest particle, this is an area of ​​reduced pressure in the ether. therefore, around material bodies, ether cannot remain stationary. Based on this, can explain, why the Michelson-Morley experiment failed.

To understand this, transfer experiment to the aquatic environment. Imagine, what turns your boat in a huge whirlpool. Try, detect water movements relative to the boat. You will not find any movement, since the speed of the boat, will be equal to the speed of water. Replacing the Earth with a boat in your imagination, and the whirlpool – ether tornado, which revolves around the sun, you will understand, why the Michelson-Morley experiment failed.

In his research, I always adhere to the principle, that all phenomena in nature, in whatever physical environment they occur, always appear the same. There are waves in the water, in the air… and radio waves and light – these are waves on the air. Einstein's statement, o tom, that there is no ether, mistakenly. Hard to imagine, that there are radio waves, and ether – physical environment, which carries these waves, not. Einstein, trying to explain the movement of light, in the absence of ether, Planck's quantum hypothesis. Interesting, but like Einstein, without the existence of ether, able to explain ball lightning? Einstein says – no ether, a sam, actually proves its existence.

realizing, what is ether, I began to draw analogies between phenomena in the water, in the air, and on air. And then there was a case, which really helped me in my research. Once, I was watching, how one sailor smoked a pipe. He let out, from mouth, smoke, small rings. Smoke rings, before collapsing, flying quite a considerable distance. Then, I conducted a study of this phenomenon in water. Taking a metal jar, I cut a small hole on one side, and on the other hand pulled thin skin. Pouring some ink in a can, I lowered her into a pool of water. When I hit my skin sharply, ink rings flew out of the can, that crossed the entire pool and colliding with its wall – collapsed, causing significant water fluctuations at the pool wall. Pool water, while remaining completely calm.

– Yes, this is energy transfer…- I exclaimed.

It was like an insight – I suddenly realized, What is ball lightning and how to transfer energy, without wires, long-distance.

Based on these studies, I created a generator, which generated ether vortex rings, which i called, ether vortex objects. This was a victory. I was euphoric. It seemed to me, that i can do anything. I promised a lot of things, not exploring until the end of this phenomenon, and paid dearly for it. They stopped giving me money for my research, and the worst – they stopped believing me. Euphoria gave way to deep depression. And then, I decided on my crazy experiment.

The secret, of my invention, will die with me

After my failures I became more restrained on promises… Working with etheric vortex objects, I realized, that they are not quite right, as i thought before. It revealed, that when passing vortex objects near metal objects, they lost their energy and collapsed, sometimes with an explosion. Deep layers of the earth, absorbed their energy also strongly, like metal. Therefore, I could only transmit energy over short distances.

Then I paid attention to the moon. If you send ethereal vortex objects to the moon, they, reflected from its electrostatic field, will return to Earth at a considerable distance from the transmitter. Since the angle of incidence is equal to the angle of reflection, then energy can be transmitted over very long distances, even to the other side of the earth.

I did some experiments, transferring energy towards the moon. During these experiments, it turned out, that the earth is surrounded by an electric field. This field destroyed weak vortex objects.. Essential Vortex Objects, highly energetic, broke through the electric field of the Earth and went into interplanetary space. And then a thought crossed my mind, what if I can create a resonant system between the Earth and the Moon, then the transmitter power can be very small, and energy from this system can be extracted very large.

After making calculations, what energy can be extracted, i was surprised. It follows from the calculation, what is energy, extracted from this system, is sufficient, to completely destroy the big city. Then I first understood, that my system can be dangerous to humanity. But still I really wanted to conduct my experiment. In secret from others, I began the careful preparation of my crazy experiment.

First of all, I had to choose a place for the experiment. The Arctic was best suited for this.. There were no people, and I would not hurt anyone. But the calculation showed, that at the current position of the moon, an ethereal vortex object can strike Siberia, and people could live there. I went to the library, and began to study information about Siberia. There was very little information., but still i understood, that there are almost no people in Siberia.

I had to keep my experiment in secret, otherwise the consequences for me and for all of humanity could be very unpleasant. One question always torments me – for the benefit of people, will be my discoveries? After all, it has long been known, that all inventions people used to exterminate their own kind. It helped a lot to keep my secret, that a lot of equipment in my laboratory was dismantled by this time. However, the, what I needed for the experiment, I was able to save. From this equipment, I alone assembled a new transmitter and connected it to the emitter. An experiment with so much energy could be very dangerous.. If I make a mistake in the calculations, then the energy of the etheric vortex object will strike in the opposite direction. Therefore, I was not in the laboratory, and two miles from her. The work of my installation was controlled by a clockwork.

I remember the day of the experiment very well. Estimated time was approaching. Minutes lasted very slowly and seemed for years. I thought, I'm going crazy with this expectation. Finally, the estimated time has come and… nothing happened! Five more minutes passed, but nothing unusual happened. Different thoughts entered my head: the clock mechanism may not work, or the system did not work, or maybe nothing should happen.

I was on the verge of madness. And suddenly… It seemed to me, that light faded momentarily, and a strange sensation appeared throughout my body – as if thousands of needles stuck into me. Soon it was over, but there was an unpleasant metallic aftertaste in my mouth. All my muscles relaxed, and in my head it was noisy. I felt completely broken. When I returned to my laboratory, I found her almost intact, only in the air there was a strong smell of burning… I was again seized by a languid expectation, because the results, his experiment, I did not know. And only then, reading in the newspapers about unusual phenomena, I realized – what a terrible weapon, i created. I, of course, expected, that there will be a strong explosion. But this, there wasn’t even an explosion – it was a disaster!

After this experiment, I firmly decided, what's the secret, of my invention, will die with me. Of course, i understood, that anybody else, can easily repeat this crazy experiment. But for this, it was necessary to recognize the existence of ether, and our scientific world, all further, walked away from the truth. I am even grateful to Einstein and others for, that they, with their erroneous theories, led mankind out of this dangerous path, which I walked. And maybe this is their main merit. Maybe in a hundred years, when the mind of humans takes precedence over animal instincts, my invention will benefit people.

Working with his generator, I noticed one strange phenomenon. When you turn it on, there was clearly a breeze, blowing towards the generator. At first, I thought, what is it related to electrostatics. Then I decided to check it out.. Having rolled several newspapers together, I lit and immediately extinguished them. Thick smoke fell from the newspapers. With these smoking newspapers, I walked around the generator. From anywhere in the laboratory, smoke went to the generator and, rising above him, went up, like a chimney. When the generator was turned off – this phenomenon was not observed.

It was like Fucus.. I loaded the scales with ballast, and changing the power and mode of operation of the generator, sought their balance. After these experiments, I decided to build an aircraft, which could fly not only in the air, but also in space.

The principle of operation of this machine is as follows: Generator mounted on an aircraft, in the direction of her flight, ether is removed. Because, on all other sides, the air continues to crush with the same force, then the aircraft will start to move. Being in such a car, you will not feel acceleration, as ether will not obstruct your movement.

Unfortunately, I had to abandon the creation of an aircraft. This happened for two reasons.: First of all, for the secret conduct of these works, I have no money. But the most important thing, big war started in Europe, But I do not want, so that my inventions kill!
When will these madmen stop?